You are here: Home / Winter Fest: The Twirlers 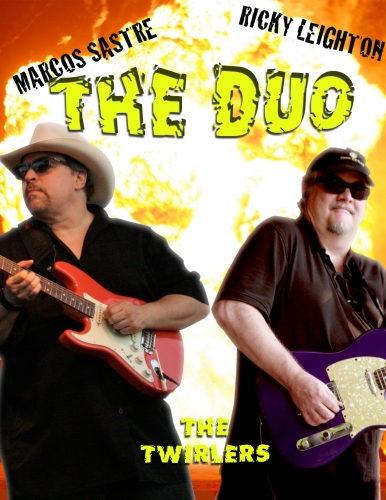 The Twirlers brings together guitarist Marcos Sastre & Ricky Leigton. They have spent years playing. writing ,producing and recording The Blues .

Ricky Leigton : A veteran of groups such Blues Groups as Phil Blank and White Heat . He currently has held the guitar chair in the group Robin Lacy & DeZydeco for over a decade playing Blues, Southern Roots Music and Zydeco.

Marcos Sastre :Has produced , performed and been a studio guitarist for such groups Alice Hoskins , Keith Little ,the Goshorn Brothers, Leo Clark, Blues Merchants and many other Blues and a Rhythm and Blues groups.

His group The Bluebirds been recording and performing for 22 Years. They were winners of the 2010 Cincy Blues Challenge .