You are here: Home / Winter Fest The Noah Wotherspoon Band 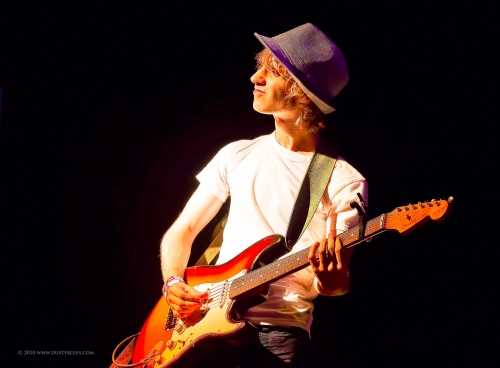 The Noah Wotherspoon Band hails from Dayton, OH. Inspired by Chicago blues greats like Magic Sam and Hound Dog Taylor, Noah’s deeply emotional guitar style has mesmerized audiences since the beginning. His expression doesn’t end with the guitar; he also has a love for the lyrical imagery of Jack Kerouac. This diverse tapestry of influences has shaped Wotherspoon into a prolific songwriter. The band was formed in 2009 and features Rob Thaxton on bass, Brian Aylor on drums and Noah on guitar and vocals. Thaxton’s jazz sensibilities matched with Aylor’s nuanced mastery of blues generates an electrifying synergy. The group’s inspired live performances continue to move and resonate with audiences.