You are here: Home / Winter Fest The Blues Merchants 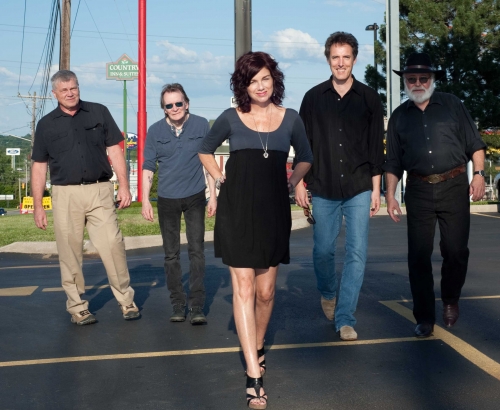 The Blues Merchants have been together since 2006. Their first record “Like There’s No Tomorrow” was released in 2008.  Amy McFarland joined the band in 2011 adding a totally new dimension to the band with her powerful voice and invigorating stage presence.  The band’s second album “Tattooed With The Blues”, produced by Ron Esposito, features Amy on 10 of the 12 songs on the album.  The only non-original tune on the new album released in August of 2012 is a funky re-do of The Lemon Pipers  “Green Tambourine” which rose to number one on the Billboard chart in February of 1968.  The Merchant’s organist, Bob Nave, was the keyboardist with the Pipers. A feature article about Bob and the band written by Rick Kennedy was published in the January 2012 edition of Cincinnati Magazine.