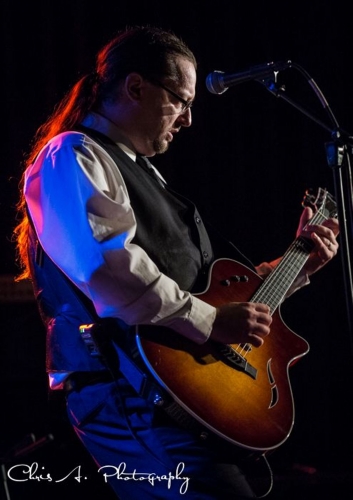 Dave is a singer, songwriter and vintage finger-style blues guitarist.

His acoustic act has been referred to as a stimulating and cerebral experience, blending the slide guitar of the Delta with the intricate ragtime-based fingerpicking of the Piedmont style blues.

Dave is currently working on a new collection of original works, including his latest song, “Pet That Thing”, which was received enthusiastically by blues fans on Beale Street in Memphis, TN, at the