You are here: Home / The Leo Clark Band 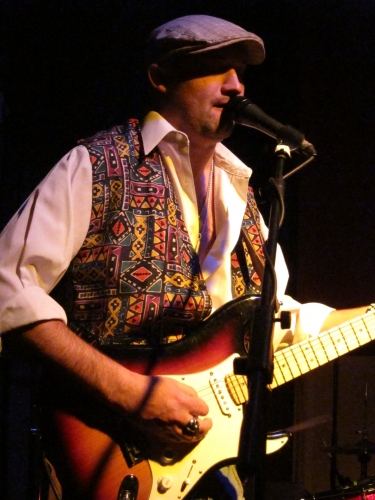 Nominated for “Best Blues Act”~ City Beat 2011, The Leo Clarke Band or LCB is a Blues, Roots and Americana outfit that’s as homegrown as a chili dog at a Reds game. Fronted by Leo Clarke, LCB has been in the studio this sprig creating a new self titled CD “Leo Clarke”. The band is a mix of veteran players that have all been around the Cincy music scene a long time. Leo’s been to Memphis for the IBC’s the last two years as a solo act representing Columbus, Oh and Pomeroy, OH respectively. He’s also come in 2nd in the Cincy Blues Challenge the last two years as well as a second place finish in Dayton, Oh last year. Marco’s has fronted the Blue Bird’s for the last 22 years and they won here in 2010! Bam’s a musical treasure and plays with several great local bands, Blue Birds, Goshorn Bro’s Bucket , Tickled Pink…and Willie & J.w. are true jammers and have played and won awards with Uncle Daddy and The Hedge Hogs. Now fate has teamed them up for a mission to Memphis!  Together they aspire to represent the “Natty” at the IBC’s with pride.