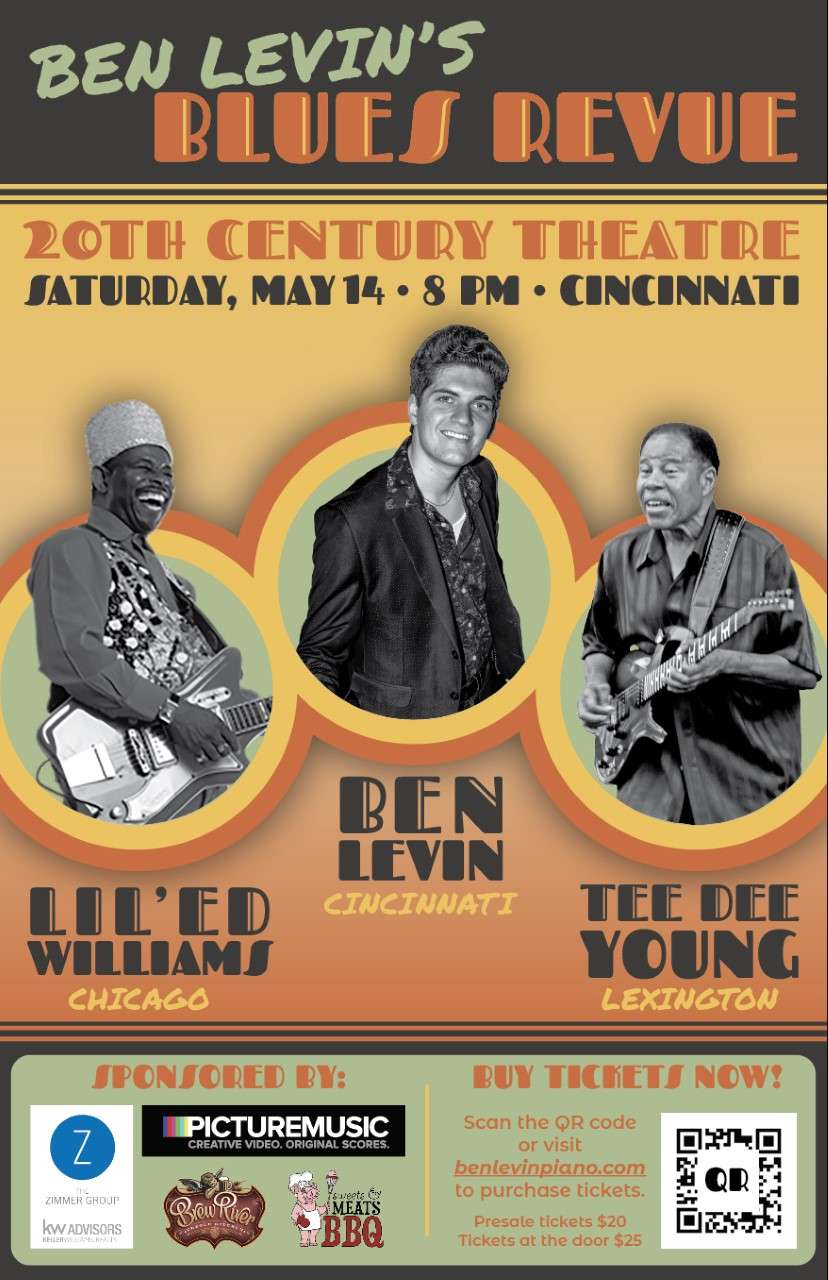 Ben Levin is bringing a star studded show to the 20th Century Theater! Ben’s band will back up Lexington blues guitarist and Kentucky Music Hall of Fame inductee Tee Dee Young during set 1.
During intermission, Ben will do a brief but special tribute to his mentor and close friend who passed away this year at 96, Philip Paul, the house drummer for King Records.
Set 2 the show will absolutely go off the chains as Ben’s band backs up multiple Blues Music Award winner, Lil’ Ed Williams from Chicago!

Full bar available at the theater. Lots of parking near the theater. *All ticket purchases guaranteed a seat.