You are here: Home / Chris Yakopcic 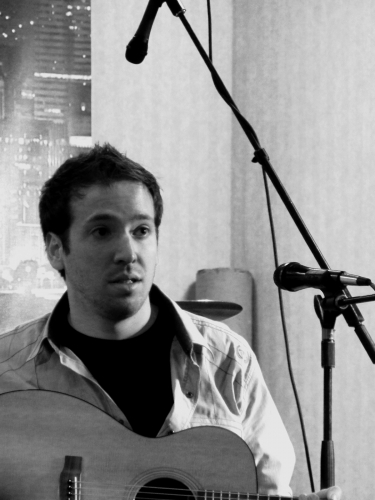 Chris Yakopcic currently resides in Dayton, OH. He first became interested in acoustic blues music many years ago when he happened upon Fruteland Jackson performing in Chicago. Since this initial enlightenment to the world fingerstyle guitar, Chris has been influenced by the music of the great Delta and Piedmont players. As a guitarist, vocalist, harmonica player, and songwriter, he provides an original take on acoustic blues that builds on the picking patterns of Blind Blake, as well as the alternating bass rhythm of Mississippi Fred McDowell. Earlier this year, Chris competed in the 2012 International Blues Challenge as a result of winning the solo/duo competition held by the Blues Society of Western PA. In November 2011, Chris released his debut album, “Done Found My Freedom ‘fore My Technique,” and he plans on playing and composing blues music for many years to come.