You are here: Home / Challenge 2018 – Chuck Brisbin & the Tuna Project 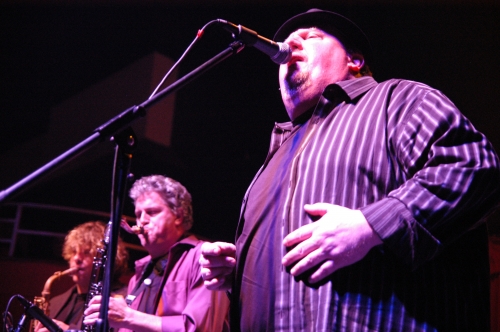 Recognized as one of the Best Vocalist in the Tri-State area, Chuck’s Powerful, Soulful Voice is featured in front of the equally Soulful and Powerful “Tuna Project”! Performing since his childhood, Chuck formed “the Tuna Project” with some of the best musicians in the tri-state area. Their sound has been compared to the “Mussel Sholes Sounds” of yesterday; bringing the raw grit and honed musicianship of the Greats of the Blues World to the Blues Greats of Today. Their performances and sound quality are second to none.

“Chuck Brisbin & the Tuna Project” is a proven, quality musical force in the region, performing all over Cincinnati, Northern Kentucky, Central Ohio and Southwest Indiana. “Chuck Brisbin & the Tuna Project” has consistently been voted one of the Top Ten Blues Bands in the Cincinnati Area! Performing at such events as The Cincy Blues Fest(since 2008), The Winter Blues Fest(since 2008), The Backyard BBQ Bash(since 2011), Findlay Market Blue BBQ(since 2008), The Union Township Summer Concert Series(since 2011), The Harvest Home Fair, Music on Main(since 2010/Rising Sun, IN), along with some of the finest venues in the tri-state area.