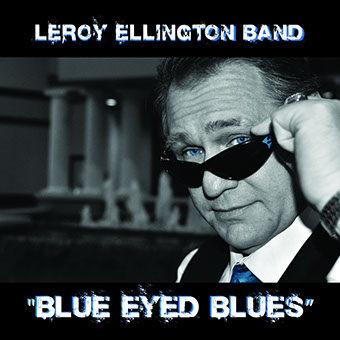 Leroy Ellington is an extremely soulful vocalist that is influenced by music from all genres, R&B, Rock, Soul, Jazz and Blues. And while he is best known as a R&B, Soul vocalist, Leroy’s passion is “SINGING SOULFUL BLUES!” Combining his sound with vocal influences such as Delbert McClinton, Stevie Wonder, Robert Cray, Otis Redding, B.B. King, Bozz Scaggs, John Mayer and so many others, and incorporating it into his own original songs, Leroy has created his very own sound…he call’s it…”BLUE EYED BLUES!“

THE LEROY ELLINGTON BAND is made up of some of the most versatile and sought after musicians/performers in the Midwest, allowing Leroy to bring to life all of the sounds he is so deeply influenced by, and creating their own unique brand. Check out the new EP released by The Leroy Ellington Band entitled: “Blue Eyed Blues”.

The Cincy Blues Society is a member-supported, 501(c)3 not-for-profit organization whose purpose is to promote and advance the culture and tradition of Blues music as an original American art form. Formed in 1990, the Cincy Blues Society strives to fulfill its mission by encouraging and facilitating both performance and educational events and projects. Our focus is on “Keeping the Blues Alive!” Learn More