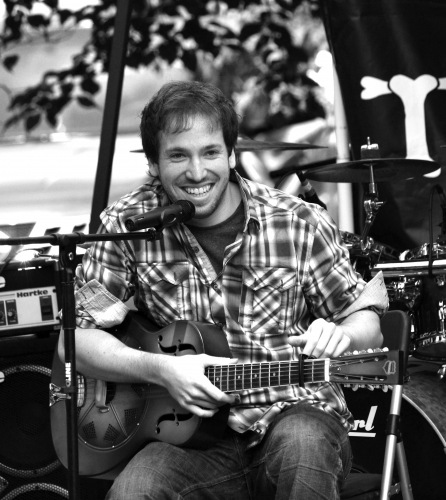 Chris Yakopcic performs regularly at bars and listening rooms mostly located throughout Ohio and Pennsylvania. He has also performed on the main stage at blues festivals in Dayton and Cincinnati. He has recently started teaching and holding workshops on acoustic blues guitar at venues such as Taffy’s in Eaton, OH.

Additionally, Chris has twice qualified for the International Blues Challenge (IBC) in Memphis, TN after winning the regional competitions held in Pittsburgh (2011) and Cincinnati (2012). In 2011 he recorded his debut album “Done Found My Freedom ‘fore My Technique” and is currently working on his next solo release.