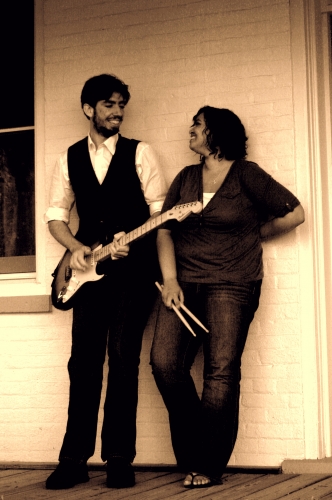 Founded in January of 2012, Brian K & The Vixen brought together two young musicians from very different backgrounds, who share a common love of blues. Their raw, authentic sound has entertained audiences at venues like the Indiana State Fair and Cincy Blues Fest.

The duo features Brian Keith Wallen on guitar and vocals, and Alexis Klosinski on drums. Brian was named the 2011 Blues Artist of the Year by the Star-Gennett Foundation, and was the 2011 Cincy Blues Challenge Solo/Duo winner. He has performed over 600 shows in places like Dollywood, Memphis, and Nashville.